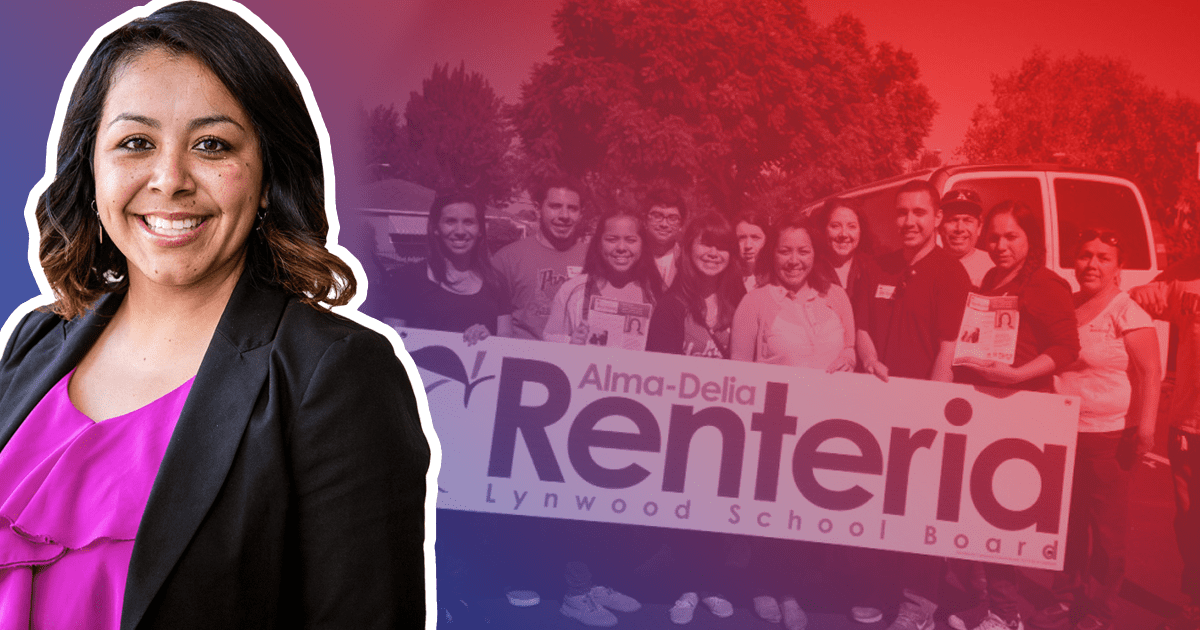 Alma-Delia Renteria marked her 23rd birthday in an unusual way: by launching her campaign for school board.

She was easily the youngest candidate in a competitive six-way race for two board seats in her hometown of Lynwood, CA. Encouraged by a mentor and supported her community, Alma-Delia built an impressive grassroots apparatus that propelled her to victory in just three months.

This might come as no surprise if you knew Alma-Delia in high school, where she served as her class president all four years (seriously). She graduated from UC Riverside in just three years and joined City Year Los Angeles, which eventually led her to a teaching position at a charter school in LAUSD, serving a community a lot like her own.

Alma-Delia’s experience as both a teacher and the daughter of Mexican immigrants provides a valuable perspective on the board, which serves a population that is 87% Latinx. As a 2016 alumna of our Ready to Lead training, Alma-Delia has learned the power of leveraging her immigrant story to connect with voters and advocate for her community.

We asked Alma-Delia about her unusual path and what advice she has for aspiring #Nalpistas.

On what inspired her to be an advocate:

“A lot of the foundation of who I am today was from three to six when my mom taught me how to read. She was the one that would always tell me, ‘You have to speak up for others, and you have to always remember that if you see anything bad, you can’t just see it and walk away. You have to do something about it.’

From hearing it so much, it just became embedded into who I became. She was also really supportive.  Any time I came home and I said, ‘Mom, there’s a student council election. I want to run,’ she would be like, ‘Okay, let’s go to Michael’s and buy your stuff for your posters and your campaign.’ She never said no.”

On getting the push to run:

“I am a huge believer in mentorship, and I had amazing mentors. The reason I actually even ended up running was because when I graduated from high school, the school board president was at my graduation. He had been 23 when he ran for office. Because he knew me from student council, he would always make jokes at me like, ‘One day, I want you to come back and do this.’ I didn’t even know what the school board really did, but I was like, ‘Okay, I’ll do it.’

It was because of him that I feel like somebody planted that seed again, and then two years later during an off year for him, he reached out to me again and said, ‘I’ve been recruited to run for City Council, and I feel like I can’t leave without finding somebody that will be able to come in and shake things up, and I think you’re it.’” 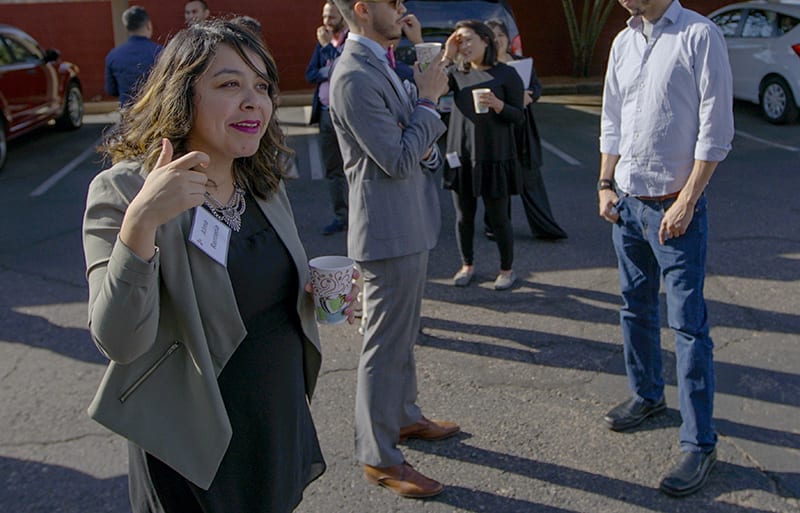 On her community-driven campaign:

On her Ready to Lead experience:

“I remember telling German [former NAL Programs Director] it was one of the best trainings not so much because I learned how to campaign, because I knew all those things. It was more seeing it from a different lens. It felt like it validated my experience, because it was very different from the usual campaigns that I had and case studies that I had to get trained with.

This was the first time that the whole sense of community was touched on, and it reminded me of the power of, ‘Oh my god, that’s what I went through. This makes more sense. I need to do this better. I need to touch base with my goal setter, and I need to talk about the fact that my parents are immigrants.’ All those things that I had left out from my initial run, I feel like NAL allowed me to see those and why they were so important.”

Her advice to aspiring leaders:

“If you feel that you can bring something to the table that’s not already there, then do it. Don’t second guess it, just do it. I hate when I sound like I’m putting too much pressure on people, but any time I talk to any female that’s even considering, even if it’s remotely passing through their mind, I do feel like it’s my duty to remind them that this isn’t just about them. This is about the difference they can make in ensuring that once that door opens, they leave it open for other people and for other women.

If you know have something to offer and it’s not already at the table, then bring it because if not you, then who? Most importantly, if it is you, make sure you leave the door open. Just remember that there’s so many other people that can come in if that door’s already open. We shouldn’t have to always struggle every single time.”