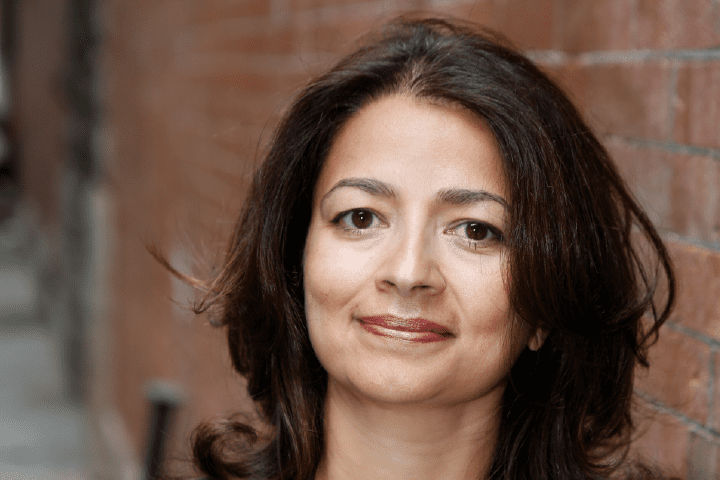 President and Founder of The New American Leaders Project To launch our monthly blog, our very first subject is NALP’s Sayu Bhojwani. An immigrant to the US, and New York City’s first Commissioner for Immigrant Affairs, Sayu answers 5 key questions about what makes her, and NALP, tick.

1. Why did you start The New American Leaders Project?

Because I was tired of immigrant communities being ignored.

In 2010, Arizona passed one of the harshest immigration measures of our time. Commonly referred to as the “Show me your Papers” law. SB 1070 was part of a wave of anti-immigrant measures snaking their way through state legislatures.

At the same time, Congress had failed to enact immigration reform, leaving millions of undocumented Americans in limbo and more importantly in constant fear of deportation.

Even the casual observer could see that Congress was, and still is, majority white and male.

When I created NALP, there was no national organization that focused on tapping into one of the country’s most robust natural resources for innovation and leadership — our newest Americans. I felt it was time for immigrants and communities of color to be the candidates and not just the voters.

This is how Ready to Lead was born.

Ready to Lead’s training curriculum was developed by New Americans for New Americans. We encourage trainees to use their remarkable skills as teachers, activists, mothers, engineers, lawyers, social workers, business leaders, as inspiring candidates and effective lawmakers. They are primed to give underrepresented, and often embattled, communities a true, authentic champion from City Council to Congress.

2. Aside from the representation gap, why did you focus specifically on immigrants?

One in every five Americans is an immigrant or a child of immigrant. If we aren’t included, then we can’t have an inclusive democracy.

We understand how our mothers and fathers fear for us because of the color of our skin, the syllables in our names, the scarves around our heads. We understand what it is like to be placed in English Language Learner classes for so many years and fall behind our reading grade levels. We appreciate what America offers in opportunity, to build a life free of political repression.

How can a majority white Congress, or State Legislature, understand the immigrant experience? How you struggle with a new language in a new place? How you can live and work in a place your entire lives and still be asked, “Where are you from”? No one in Congress has spent hours scared that a raid in their factory will prevent them from seeing their kids that day.

My experiences as Commissioner showed me that immigrants needed representatives from their own communities who understand what it means to build a life in this country.

3. How do we convince voters that immigrant candidates are not “others” but rather American leaders in their own right?

Our track record last year shows that Americans will support candidates who they trust to represent their community, regardless of ethnicity. In fact 67 percent of our Ready to Lead alumni won their seats in 2016. They won by talking to voters and sharing their vision for their community. That’s a simple strategy, but one that is often overlooked.

The participants in our programs are first and second generation Americans who reflect the experiences of the 80 million Americans who are immigrants and children of immigrants. Further, the impact our alumni have on their neighborhoods begins with their campaigns –they often seek out people who never get touched by traditional campaigns and invite them to join our democracy by voting and making donations.These efforts expand the electorate and build new stakeholders in our democracy.

The 2016 election season and its aftermath have been especially hard on immigrant communities. Racist incidents have dramatically increased, and anti-immigrant legislation and raids are threatening our communities. How is NALP responding to this?

Well, I’m happy to report that this climate hasn’t suppressed people’s interest in running for office. In fact, the number of applicants for our program has doubled. That’s great, because we are the ones we’ve been waiting for. We need to grab a seat at the table and, change the policymaking menu so it is more inclusive and equitable.

Many of our former Ready to Lead alumni, as well as other immigrants in elected office, are actively doing this. They have passed legislation and resolutions that are creating sanctuaries and taking strong steps against harassment in schools, for example.

5. Last but not least, we have to know, you run NALP, earned your Ph.D and are a working mom, how do you unwind?

Nothing gives me greater joy than cuddling with my child and enjoying a home cooked meal with her and my husband (especially if they have made it!). I also love yoga and have recently started meditating to survive the madness of this political moment.

*** Okay, since you’re the inaugural blog post and NALP’s Founder, you get a get a bonus question because inquiring minds want to know. NALP trains coast to coast, in the last year you’ve been to Phoenix, Detroit, Los Angeles, Denver — tell us the truth, which is your favorite city?

I am kind of obsessed with food, and especially love Mexican and Middle Eastern food. Most recently, I had great street tacos at Taqueria Los Yaquis in Phoenix, and I always enjoy eating in Dearborn. But every trip involves being inspired by the leaders in our network and sharing delicious food and conversation! Our NALPistas (those are our friends, family and network that believe in the spirit and mission of NALP) know all the best spots.

Want to hear more from Sayu, NALP and our NALPista family? Follow her on Twitter at @SayuBhojwani or @newamericanlp, or like us on Facebook, or better yet, become a Ready to Lead trainee, apply here!