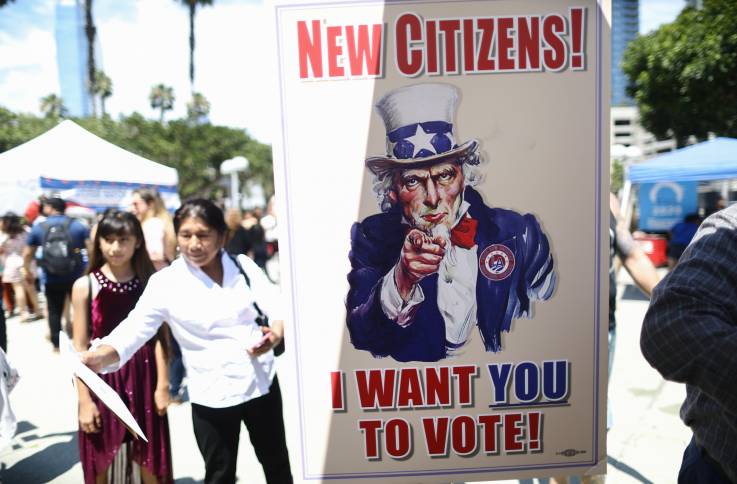 Coming on the heels of the historic 2018 midterm wins, the results of this year’s elections were no less monumental, with trailblazing candidates winning their races and progressive ballot measures passing with solid majorities across the country.

“Despite the rise of white nationalism, Trump’s dog whistle politics, and abhorrent attacks against immigrant and refugee communities, this election proves that the majority of Americans are tired of pale, stale, and male establishment politicians and are ready to welcome a new generation of bold leaders into office.

“New Americans ran for and won local and state office in unprecedented numbers this year,” Bhojwani continued. “From Regina Romero becoming the first woman and Latina mayor in Tucson, Arizona to Safiya Khalid becoming the first Somali American and hijab-wearing official on the Lewiston City Council, immigrants and people of color are knocking down long-standing barriers and claiming their spot at every level of government. Regardless of their office, they are united around a single message: that people like us are the leaders our communities have been waiting for.”

According to New American Leaders, of the 264 New American candidates tracked in 2019, 66.67% of first generation Americans who ran for office in the general election won, while 73.68% of second generation Americans who ran in the general election won. These candidates represent a wide range of ethnicities, with approximately 33.7% identifying as South Asian American, 28.8% as Hispanic or Latino, 15% as Asian American, 7.9% as Black or African American, 4.5% as Arab American, 3% as Middle Eastern, 2.6% as Caucasian, 1.5% as Caribbean, 0.4% as Native American with the remainder choosing not to self-identify.

“The victories we saw this week are the start of things to come in 2020 and beyond. These wins are not outliers—they are the new normal. When people like us run for office, we win.”