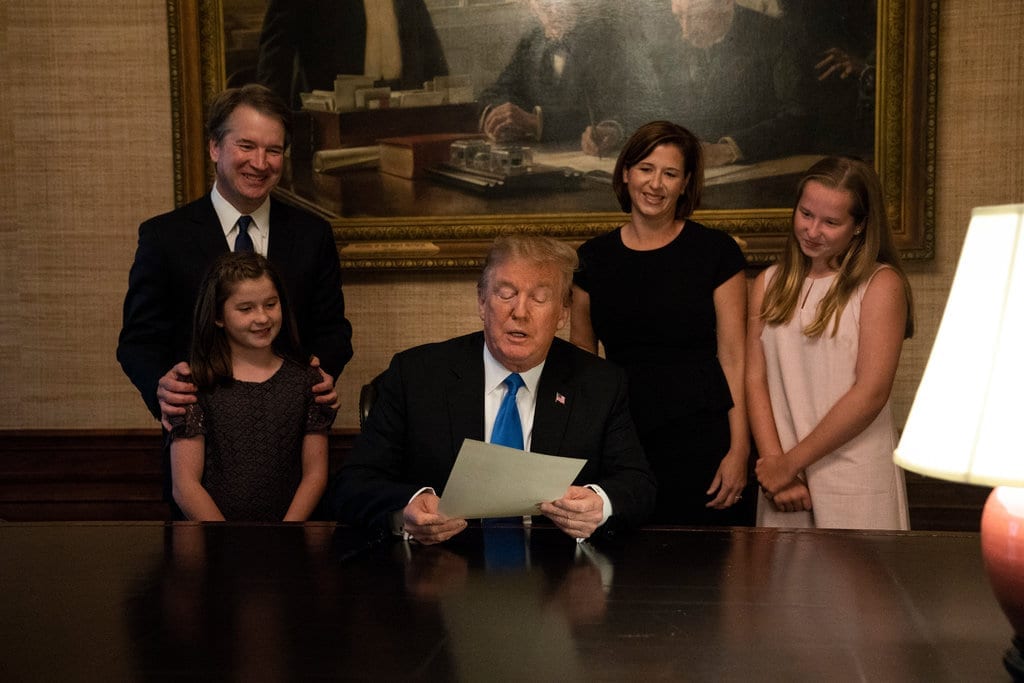 Sayu Bhojwani, Founder and President of New American Leaders, issued the following statement in response to the nomination of Brett Kavanaugh to the Supreme Court of the United States:

“Brett Kavanaugh’s 12-year record while serving on the U.S. Court of Appeals of the District of Columbia doesn’t suggest that he has what any Supreme Court nominee should have – an unwavering commitment to the Constitution and the hard-won gains we have made for equality and the dignity of every American since our country’s founding. Most recently, he sided with Trump administration officials in blocking a migrant teenager in Texas from being released from immigration custody to get an abortion.

“Courts have a critical role in our democracy. They can give a free pass to laws and policies predicated on discriminatory judgements, as they did when they upheld an executive order by President Roosevelt authorizing the creation of internment camps during World War II, or they can reject the ideology of white supremacy and affirm the power of love like they did in Loving v. Virginia. The past few months alone have shown how vital the courts are, ensuring that the Constitution and its guarantees of equality for all are still in force.

“Senator Mitch McConnell should follow his own rule and delay replacing Supreme Court Justice Anthony Kennedy until after the midterm elections. If he doesn’t, the Senate must reject any nominee who can’t uphold the constitution and the rights that it defends.”