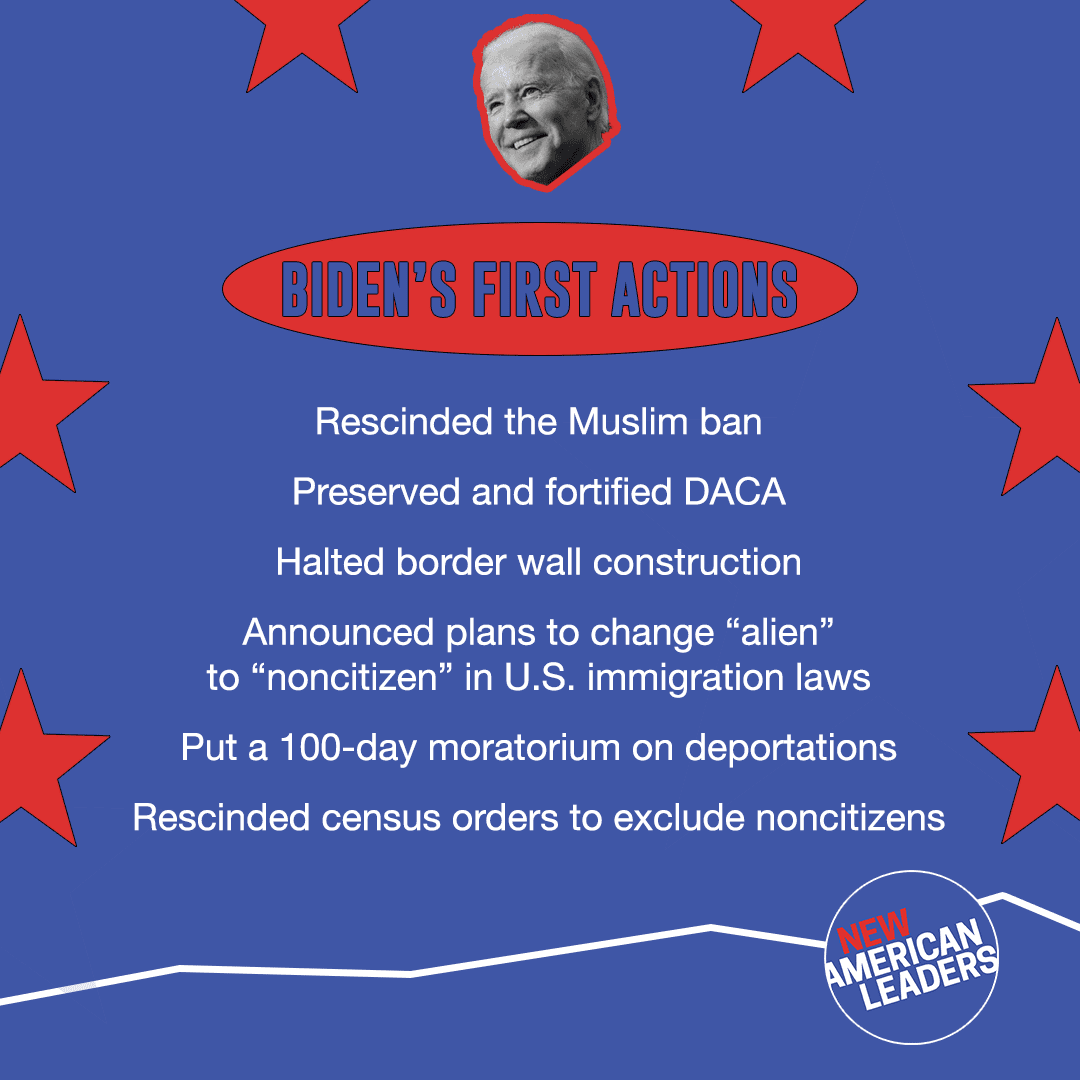 Over the span of a few hours, we witnessed both the end of a national nightmare—four years of the Trump presidency—as well as start of a new administration, highlighted by the swearing-in of our first woman, first Black, and first South Asian American Vice President.

For many people like us, this is a moment that’s hard to put into words. This moment is the culmination of our movement’s long-term efforts to organize, mobilize, and engage immigrant and BIPOC communities, especially in swing states like Arizona and Georgia. Our hard work paid off when Joe Biden and Kamala Harris won the election, and our dream was realized on Wednesday.

This moment also marked the start of a new chapter in our country’s representation. When Kamala Harris took the oath of office, we all heard the glass shatter. Not only was this a historic moment that saw the fragile pale, stale, and male mold break—it was also the first time that millions of women and immigrants could see their own stories and potential reflected in the White House. 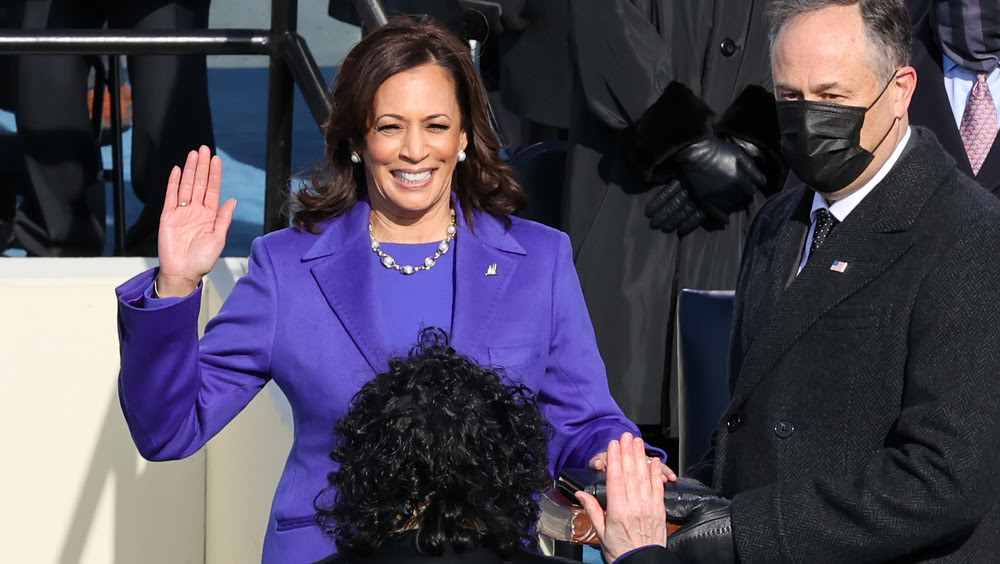 Three of our alumni in Michigan—Michigan State Senator Stephanie Chang, Gabriela Santiago-Romero, and Sheela Lal—talked to the Detroit Free Press about what Kamala Harris’ rise means to them:

“’I have two daughters who are half black and half Asian, just like her, and I’m really proud of the fact that she will be our vice president. I think that representation really matters,’ says Chang, a Democrat who is the first Asian-American woman elected to Michigan’s legislature.”

“Adds Santiago-Romero, ‘If I was in middle school seeing (Harris as vice president), it would have completely helped with my confidence boost, with my ability to see me as a leader instead of seeing me as an actor on the sidelines.’” Not surprisingly for an administration composed of #PeopleLikeUs, Biden and his team hit the ground running. The President spent his first hours in office undoing four years of Trump’s hateful, anti-immigrant policies (see a few of his first actions below). 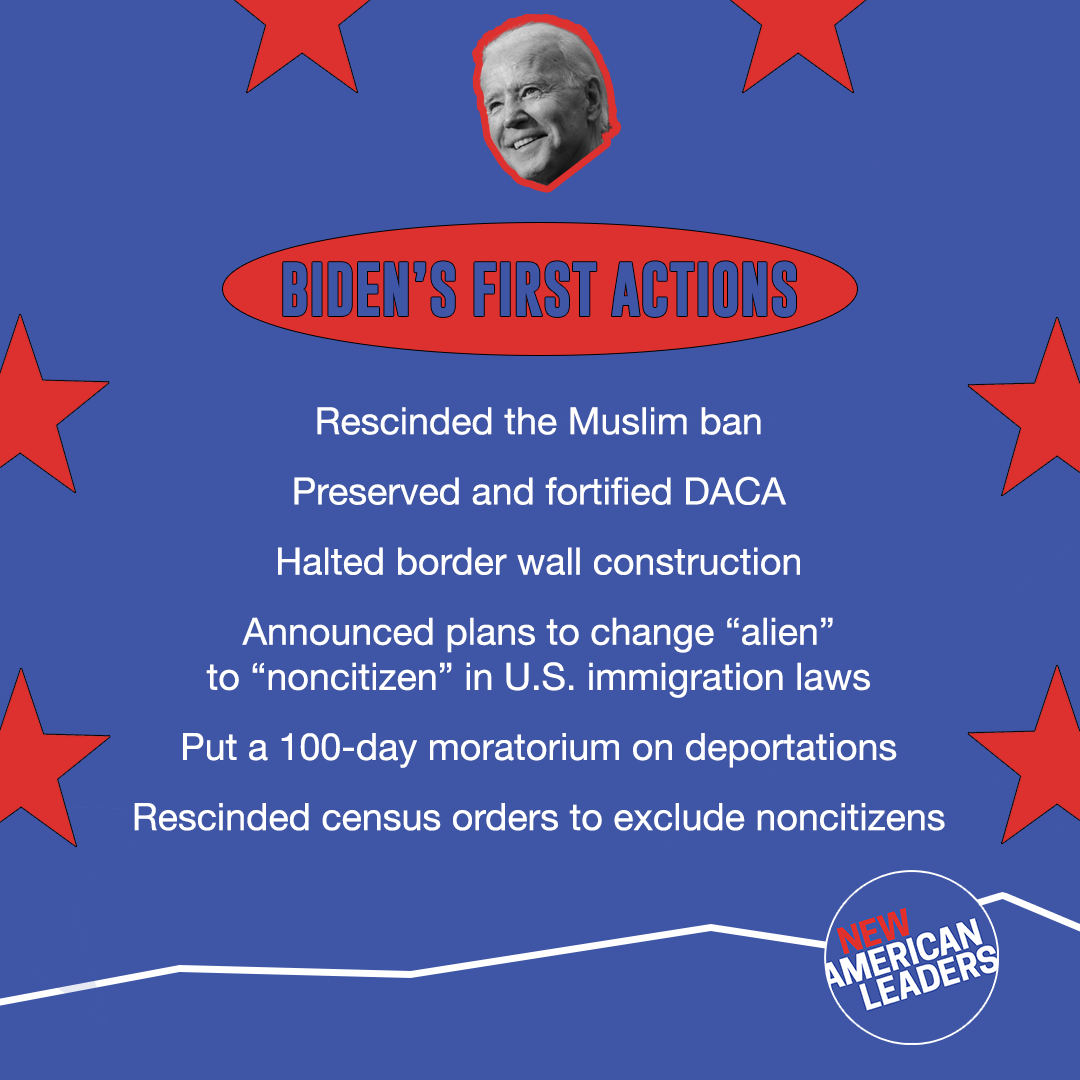 While this is a great first step toward fixing our broken immigration system and strengthening our democracy, people like us will continue holding our leaders accountable to undoing the atrocities committed under the last administration and expanding our rights.

Along with President Biden and Vice President Harris, a number of our alumni had their own swearing-in ceremonies recently! Check out the graphic below to see just a few of the 73 NAL alumni who won their elections in 2020. Whether they’re just starting or continuing their journey as an elected official, we know that they will work tirelessly to advocate for people like us and make a difference in their communities.

If you’re ready to step up to serve like Vice President Harris and be the leader your community needs, take one of our trainings in 2021! Our next training—Ready to Lead New England—is coming up soon, so if you live in New England, apply today! 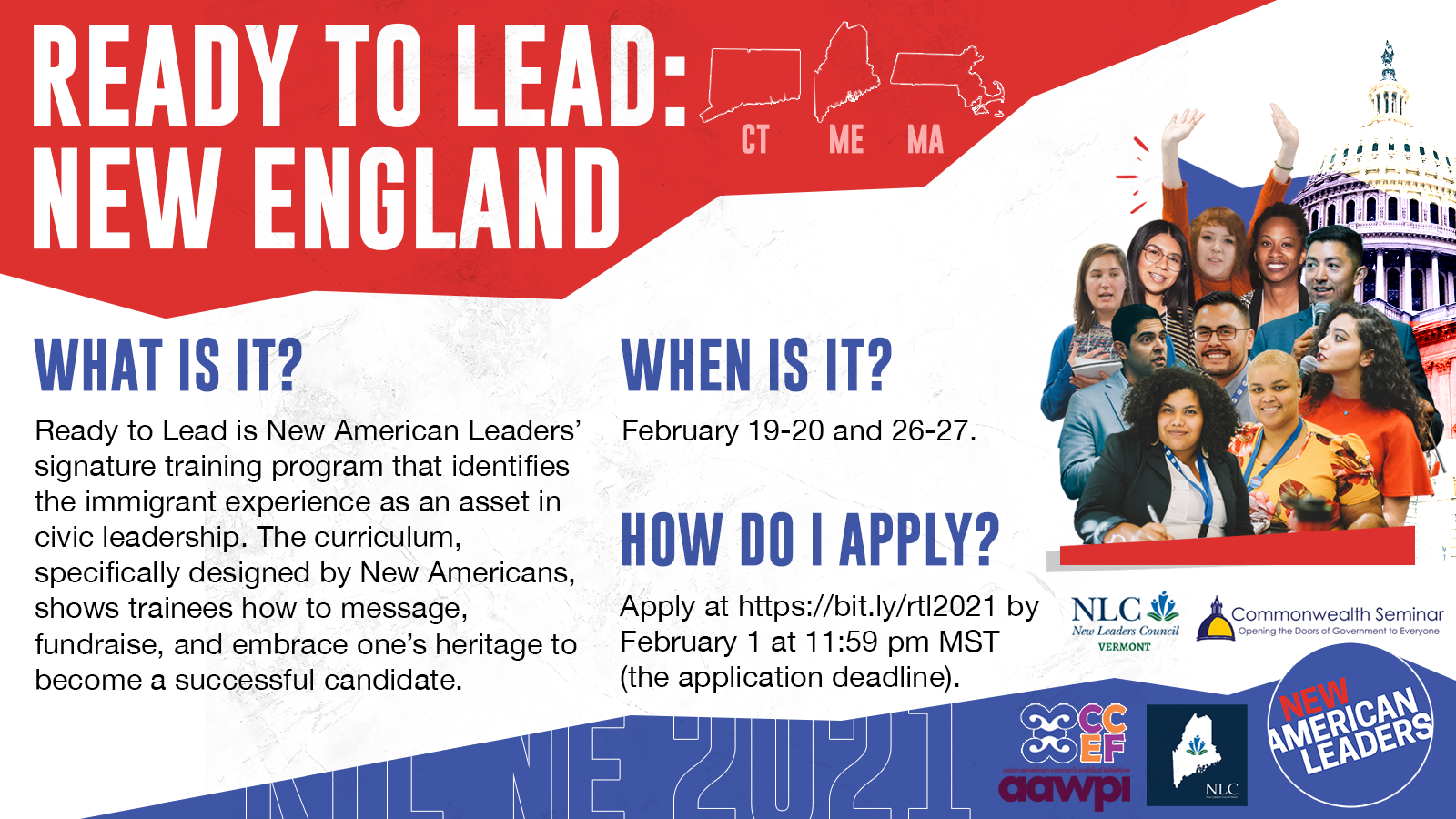 Thanks for all you’ve done to help make the historic events of this week possible. We couldn’t have done it without you!