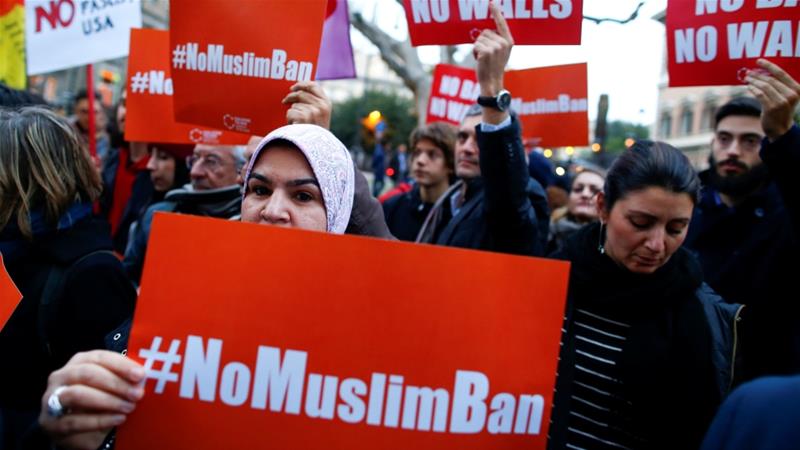 Sayu Bhojwani, Founder and President of New American Leaders, issued the following statement in response to the Supreme Court ruling in favor of the Trump administration’s travel ban:

“Today’s Supreme Court decision upholding President Trump’s xenophobic travel ban is a stain on our democracy and will go down in history as one of the court’s greatest failures. The Trump administration has not hidden the fact that, since the beginning, the so called “travel ban” was designed to discriminate against Muslims. This administration has separated families, denied people opportunities to travel, study, seek medical care, and better our country simply because of their religious beliefs and ethnicity. In supporting the travel ban, the Supreme Court has given the green light to religious discrimination against Muslims.

New American Leaders remains committed to resisting policies created out of racist, hate-mongering speech and Islamophobia and will continue to fight to build a more inclusive democracy.”

Founded in 2010, New American Leaders is leading a movement for inclusive democracy by preparing first and second-generation Americans to use their power and potential in elected office.We believe that our democracy is stronger when everyone is included and everyone participates. NAL is the only national, nonpartisan organization focused on bringing New Americans into the political process.