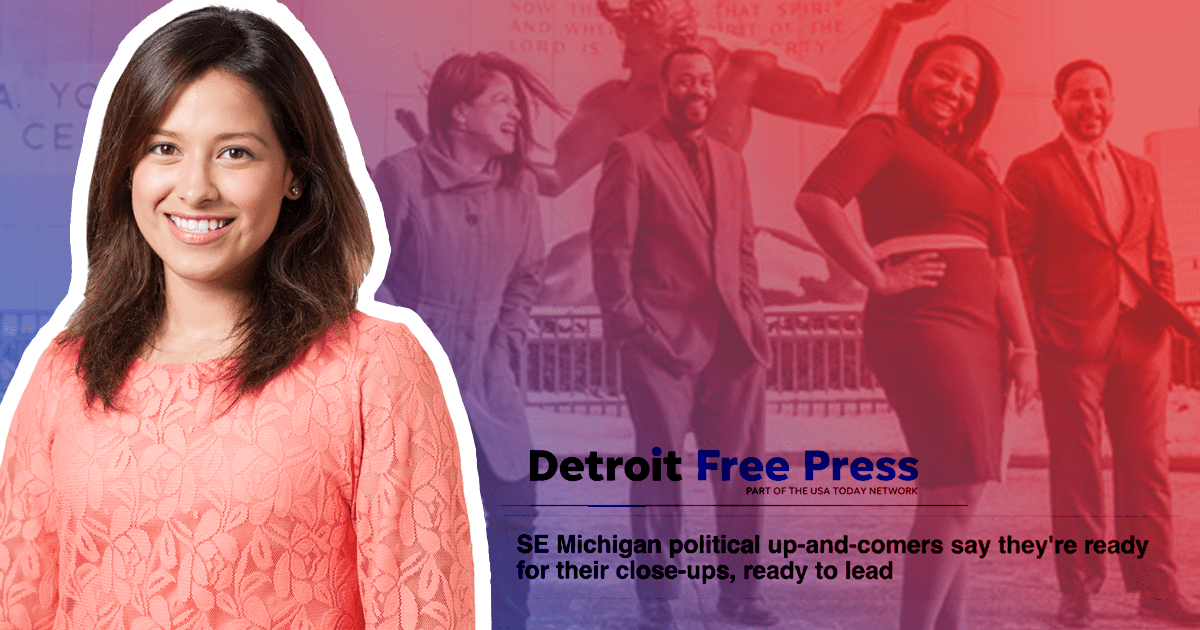 Gaby Santiago-Romero is alumna of both our Ready to Lead training (NAW ’16) and New American Fellows program. Featured as one of five political up-and-comers in Southeast Michigan, her keen political insight and deep commitment to her community make us proud to call her one of our own.

From the Detroit Free Press:

That turnout, particularly in Detroit, has been historically abysmal. And disaffection with politics is growing as party leaders separate themselves from their constituents, said Gabriela Santiago-Romero, a 25-year-old graduate student at the University of Michigan who’s studying social work and policy. A young Democrat, she plans to run for local or state office in 2020.

“I think the party should trust young people,” she said. “It should trust new Americans. It should trust women. It hasn’t been doing that. The Democrats seem very elite. Just putting so much belief in the Democratic Party and being let down — it’s frustrating that they haven’t listened or tried to do things differently. It shouldn’t be that hard to try new ideas, to be better with technology.”

Santiago-Romero, who was born in Mexico and grew up in southwest Detroit, may be only 25 but she’s no newcomer to politics.

She worked as an assistant to Wayne County Executive Warren Evans, was an organizer for the Hillary Clinton campaign and now serves in the cabinet of Detroit City Councilwoman Raquel Casteneda-Lopez.

She doesn’t want a different political party. She wants a better Democratic Party.

“I don’t want to be too cynical but (the party) still has a lot to do with greed and power, having your friends be the people that you contract or get you certain jobs. It makes it difficult to get new people into leadership positions and when they are, they might not be listened to.”

She currently works with state Rep. Stephanie Chang, D-Detroit, on her Girls Making Change program, which teaches young girls how to become involved in their communities.

“We train girls to become engaged because we would like them to one day run for office,” she said.

“We see a total lack of women and women of color in political leadership so this is a way to feed the pipeline early on. I became for me, I became an activist early.”

Both parties are vying to be the one with the largest tent to lure in a diversity of voters, which means young voters as well as those from other demographics. That may be a harder haul for the GOP than the Dems, but no small task for a Democratic Party that people feel may have its heart in the right place, but has lost touch with many of its voters.

“If the party isn’t prepared to be a home for those voters at the local level,” Moreno Taylor said, “it’s easy for people to say, ‘Well, this party doesn’t speak for me and I don’t feel connected to it’ because they don’t have someone in their community that they know who’s connected to it or who’s in contact with that infrastructure.”